Trump’s Infrastructure Plan, and How it Could Affect You 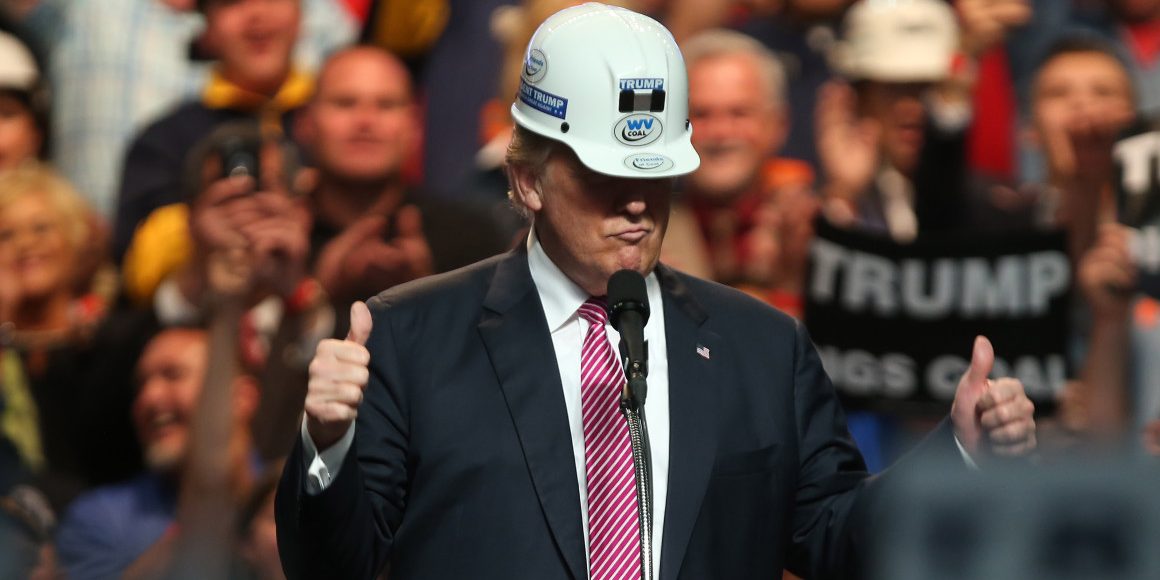 On December 7th, the White House announced that it will release its long-awaited plan for a national infrastructure overhaul in early January.  To be clear, the plan is not a complete bill, but instead will provide a 70-page framework from which Congress can build actual legislation.  With details still to be made public, here’s what we know about the initiative.  It will have a $1 trillion price tag to be paid for over 10 years.  $200 billion of that will be direct federal spending to fund projects and incentivize state and local governments to explore avenues for alternative financing, including a set-aside for projects in rural areas.  To attract the private sector to invest the remaining $800 billion, a central component of the administration’s framework will entail speeding up the environmental review and permitting processes.

President Trump met with Bill Shuster, the Republican Chairman of the House Transportation and Infrastructure Committee, Transportation Secretary Elaine Chao, and other officials on December 11th to discuss the potential for an infrastructure plan in 2018.  Shuster said that he would schedule committee consideration of a bill next year, but the top Democrat on the Committee, Peter DeFazio of Oregon, expressed concerns about the privatization aspect.  Like other congressional Democrats, DeFazio has complained that the President’s outline benefits big business at the expense of the public.  They have also demanded that the infrastructure initiative consist of $2 trillion dollars of direct federal funding.  The President will need to secure Democratic support to obtain the 60 votes necessary to pass an infrastructure bill in the Senate, so there will be pressure to increase the amount of direct federal spending.  Earlier this fall, Trump himself expressed reservations about the level of private investment included, so don’t be surprised if the White House agrees to commit more federal money down the road.

The President’s national infrastructure plan has many potential implications for the average citizen.  To start with, expect higher taxes and more toll roads if a bill is passed.  The national gas tax has not been increased since 1993, but the Administration hasn’t ruled out upping it by 7 cents to beef up the Highway Trust Fund.  Also, states and localities would have to compete for additional federal infrastructure funds, with priority given to those states able to come up with alternative means of financing.  While localities would have greater input in the planning process, these alternative means would most likely be an increase in a state’s sales or gas tax.  Many states have already raised their fuel tax, and governors argue that their budgets are stretched to their limit, so there will be significant pressure for increased federal help and less reliance on local authority.  The big question is, how much money will cities and states be willing to pony up?  More tolls and other user fees are being offered as an incentive for private business to invest, and some states might even consider selling holdings such as roads and airports to private entities.  Drivers might also see a charge based on the number of miles traveled per vehicle.  Additionally, if this bill has any chance of passing the Republican Congress in 2018, it’s a safe bet that there will be spending cuts elsewhere to offset the cost.  Entitlement reform is expected to get attention in the coming months, so certain safety net programs such as Medicaid, food stamps, housing, and veterans assistance could be trimmed down to pay for infrastructure.

So, what are the possibilities for water resources in an infrastructure bill?  Thus far, most of the conversation has centered around roads, bridges, rails, and increased access to broadband.  Not to sound too pessimistic, but it’s safe to say that the coasts will get nil for shore protection and flood risk reduction.  There will, however, be probable funding for large ports and lock systems in an eventual bill. In relation to coastal matters, any effort to pass off Corps projects to the states will be difficult, because the states that have 50-year sand replenishment projects are already locked into cost-sharing agreements with the Federal government.  Any effort to “incentivize” them by offering those who increase their cost-share the opportunity to get to the head of the funding line will meet state and congressional resistance.  Community Development Block Grants can be allocated in a way to mitigate future flood damages, but the details of that part of the Administration’s proposal remain to be seen.  Still, we are hopeful that water, the nation’s silent infrastructure, will get a slice of the pie.

The Republican majority in the Senate, already tenuous, has been narrowed even further after the special election in Alabama, and there is little room for error if the party does move forward on an infrastructure bill.  Also, passage of the tax legislation has at least one major implication for funding a potential infrastructure overhaul in that a one-time tax on foreign corporate profits will be used to lower tax rates, instead of being set aside to help fund infrastructure.  The Joint Committee on Taxation estimates that this tax could bring in $298 billion over the next 10 years. In sum, if the tax bill passes, the narrow Republican congressional majority might not have the stomach, or the votes to pass infrastructure legislation.  Costly disaster relief, the budget, and the tax bill might sour the Republican mood on more big spending.  While there are many obstacles to crafting and implementing an infrastructure bill in 2018, the Administration’s announcement of a January framework is a step towards something substantive.