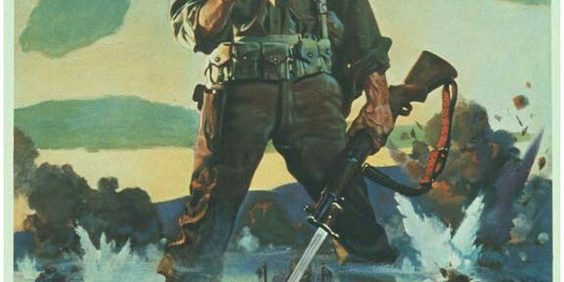 Recently, a House subcommittee held a roundtable discussion that focused on concepts that ought to be included in the next Water Resources Development Act (WRDA).  Now that you won’t have any new House of Cards episodes to watch, you probably are looking for an hour or two to fill some of that void in your Watchlist.  If so, it’s well worth some skim watching.

At the time of this event, I mentioned that I had a few suggestions for what I have dubbed the Water Resources Reform Initiative (WRRI).  Having waited as long as I could for the public to demand I share my thoughts, I’m nevertheless going to summarize them in this post.

First, some history.  Water is the nation’s silent infrastructure, mostly forgotten when people talk about infrastructure initiatives. But waterways made it possible for people and commerce to reach parts of our country when railroads and highways were non-existent.  By the mid-19th century, public works meant rivers and other waterways.  As they became a national priority, Congress funded one project after another.  The initial efforts managed to make sense as a group because the waterways brought goods and people to new frontiers like St. Louis, Chicago and then onwards to the West Coast, making it possible for our nation to grow.

Caveat:  I’m confining my comments to Corps coastal resilience projects.  They are referred to by Congress as “shore protection,” but are more accurately referred to by the Corps as Coastal Storm Risk Management projects.  I’ll use the abbreviation of CSRM below.

My Recommendations for Coastal Water Resources

The Corps of Engineers budget is different from any other Federal agency because almost all of the funds it gets from Congress are appropriated for specific studies and projects.  That’s a system that worked well in the 19th Century, but it’s outdated and needs to be changed.   Like all civil works projects, CSRMs can only be started by a local or state government request.  If that request is approved by Congress in a bill that supposedly can’t name projects (more about “earmarks” later), they have to be studied and constructed as individual projects, as if a sand or wetlands nourishment project in one county had no relationship to the next county to the north, east, south or west, or to regional ports and navigation channels.

I’ll have more to say about this subject in future posts, but I look forward to hearing from you.  Whether or not we get a massive infrastructure package, the structural reforms I’ve recommended will need to be made.  As the congressional committees begin addressing authorization and funding issues for next year, my final recommendation is that they hold a retreat.  Speak to each other and bring in the folks at the Congressional Research Service and the General Accountability Office who are unbiased, knowledgeable experts on the process.  It will be a day well-spent.