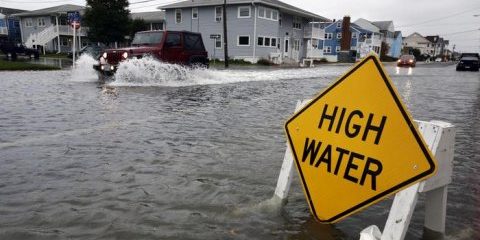 Most subscribers to this blog have been reading my insight for years, so you know I don’t write scare headlines to get readers.  This isn’t intended to be scary, nor is it an attack.  I have learned so much over the past 35 years from Corps personnel, and I respect their abilities and dedication.  So, please hear me out as I make the case for my POV.  But, first, a word about something that really concerns me.

Severe storms often become yesterday’s news very quickly, and with all the craziness going on between attacks on ballplayers and countries with nuclear missiles, it’s easy to forget about the devastation caused by Harvey, Irma and Maria. I am especially upset about the storms’ impact on Puerto Rico, which I had visited only a few times in the past and have now-dashed plans to visit again this winter.  They aided their Caribbean neighbors, including the U.S. Virgin Islands, post Irma. Then they were hit by Maria when she was a Category 4 storm.  Puerto Ricans are Americans, as much as Texans and Floridians or South Carolinians.  Their beautiful island has been devastated for the first time in decades, and they need food, clothing, and lots more.  Their infrastructure -- water, electricity, airports, cell service, food supply – has been destroyed.  Please do what we Americans do so well – open your hearts and pocketbooks and get help to Puerto Rico today!

The Army Corps of Engineers does not initiate any civilian water resource policy or project because it lacks the power to do that.  In response to a state or local government, the Corps can study a proposed dredging, flood protection, or coastal risk reduction (aka “shore protection”) project IF Congress first gives it the authority to do so and then provides the money and the requesting government puts up the other half of the cost.  If its study is favorable, the Corps can construct the project IF Congress authorizes that project and provides the Federal share of the money to build it.  Since the loss of congressional earmarks, there is a game of wink-wink to make it seem that none of these things is an earmark, but they are earmarks because they are and always have been earmarked by the President.

The point is:  water resources are project-driven from the bottom up (no offense intended to Mayors and Governors).  You can have a shore protection project in one county and then none in the next county even though it’s equally worthy of one because the second county never asked for the project.  Maybe they didn’t want to grant public access, which is always a condition of using federal taxpayer dollars; or their homeowners didn’t want dunes blocking the views of the onrushing ocean.  Maybe they didn’t know there’s a Federal program to provide sand instead of hard structures as protection.  Whatever the reason, it is Federal taxpayers who will pay a higher post-storm price for repairing damages to developed coastlines that have no protection from sand or wetlands.

Congress put the Corps in the water resource project business in the early 1800’s.  The agency has done a great job with inland waterways, dams and the like.  But it has absolutely no policy-making role.  It is a subset of the Army that is a branch of the Defense Department that has a military mission and will speak on policy matters related to national security.  The Corps’ budget has remained at about $6 billion in recent years, which is small in Federal terms, and coastal isn’t even 1% of that figure!

Now let’s crack some nuts.  The practical, science-based approach to meeting water resource needs is regional.  Studies by the National Academies of Science and initiatives endorsed by the Corps’ own Coastal Engineering Research Board endorse a regional approach.  But how do you plan regionally if you are struggling to find the money to meet existing project-based maintenance?  Congress has had to go to heroic measures to keep the agency’s budget from being seriously sliced by one administration after another.  Do you have any idea what that does to the thinking of people in the Corps when someone from a Corps District or (heaven forbid) a non-Federal cost-share partner walks in the door and says: ‘Maybe we ought to look at things regionally’.  The answer will be: “No. Go away and don’t come back!”  Try the same thing out with congressional appropriators and you’ll get the same answer.

Resilience is the ability to prepare for disasters, minimize their damage, and bounce back as quickly as possible.  It’s a dirty word among some on Capitol Hill, but arguing over words is just an excuse for inaction.  The fact is that the US Army Corps of Engineers is not in the business of planning for coastal resilience, doesn’t have the power to do regional planning, and doesn’t have the budget to provide much support to non-Federal resilience efforts.

The Corps can and should be a player in the as-yet nonexistent national effort to prepare for storms and rising seas.  It will take a multi-agency initiative led by an individual or agency with Cabinet-level authority to take us from a long pattern of reacting to coastal disasters to preparing for them.  Given the nature of our Federal system, States must be at the table from Day 1 as must the private sector, NGOs and academia.  We don’t need another study; we need well-thought-out plans implemented over the next decade and more.