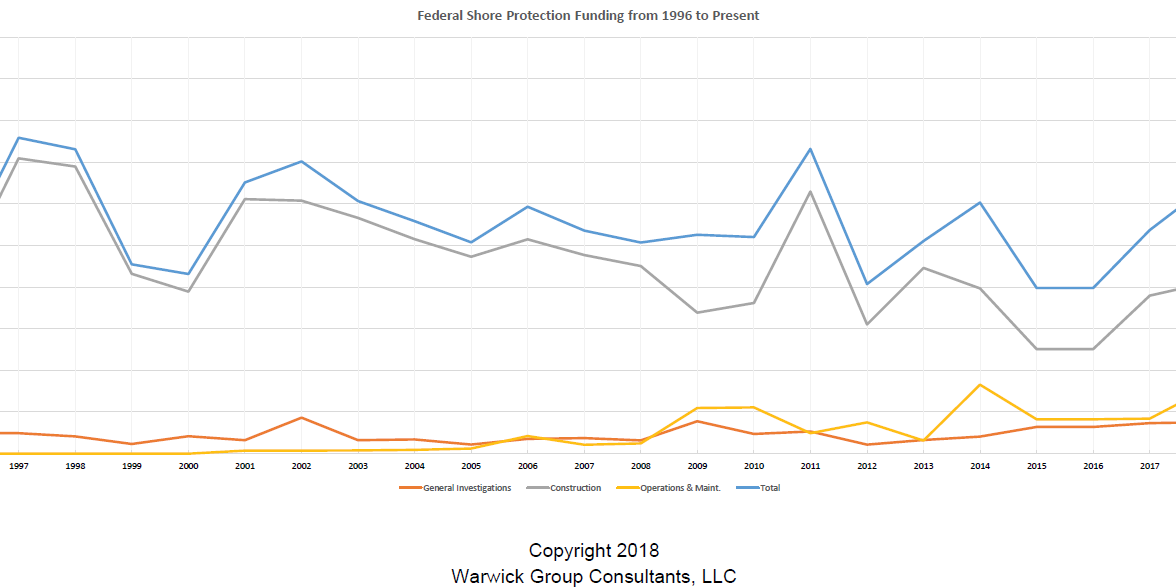 The National Flood Insurance Program Reauthorization bill S. 3628, was hotlined at 5:30 this evening requesting that the Senate proceed to its immediate consideration, read the bill a third time, and pass it. The NFIP expires tomorrow.

Members of Congress have had enough with this Administration’s denial of climate change. This is no longer a political issue, this is a global crisis, which requires global leaders to speak up and be bold about reducing anthropogenic impacts on climate change. Press releases have been streaming in from Members representing states all across the nation. This is not an isolated issue that is unique to the coasts. Inland regions face increased precipitation and flooding, cold and windy winters, hot dry summers. Coastal regions will see the same but with rising sea levels and devastating hurricanes and nor’easters. Members of Congress representing Wisconsin, Connecticut, Illinois, Minnesota, Washington, Hawaii, New Mexico, Maryland, Oregon, Colorado, New Jersey, Florida, Delaware, Massachusetts, New Hampshire, Rhode Island, Texas have all made recent statements urging that the severity of climate change be addressed now before it is too late.

Yesterday, HRES 708 was introduced and referred to Senate Environment and Public Works Committee. The bill is a resolution expressing the need for bold climate action in response to the release of the United Nations report entitled "Global Warming of 1.5 C, an IPCC special report on the impacts of global warming of 1.5 C above pre-industrial levels and related global greenhouse gas emission pathways, in the context of strengthening the global response to the threat of climate change, sustainable development, and efforts to eradicate poverty" and the Fourth National Climate Assessment report entitled "Volume II: Impacts, Risks, and Adaptation in the United States" by the United States Global Change Research Program. The bill is supported by 33 Senators, all democrats.

While the Trump Administration did its best to slip the report beneath the radar, critics and regular folks across the nation recognize something is fishy, and Congress is speaking out. Released at 2PM on Black Friday, while most were shopping or recovering from the previous days meal, the 1,656 page report contests just about everything that the Administration has tried to defy. Here is what threatens the Northeast, with of course some overlap elsewhere like the first fact here:

While the Administration may do its best to undercut these findings, it will certainly have a tough time supporting its agenda for environmental deregulation as the findings in this report directly contest the fictional world some officials live in where climate change doesn’t exist.

Coastal resilience, with or without federal assistance – Coastal resilience is expensive, but it’s 5-7X cheaper than disaster recovery.   Typically, when I mention the Corps, I mean the 25,000 employees that are hard at work on their own projects. Other times, ‘the Corps’ pertains to the short list of people who make up the Assistant Secretary’s Office (ASA) and the White House Office of Management and Budget (OMB) that ultimately control what Corps projects are and aren’t funded. These folks determine the level of federal investment for each project, and based on current trends, coastal communities are already realizing that their projects will be left out of the budget and that they will have to fend for themselves. Some are ready to take action in developing a regional plan among communities absent the federal government.  Last issue’s narrative on how ASA & White House budget examiners can screw over years of hard work federal agencies, state and local governments is a prime example of why communities and States will begin to turn away from federal assistance for coastal needs. Those who make decisions that defy the desires of Congress ought to be held accountable, but today they aren’t. The current water resource process isn’t working on our coasts. Here’s why: Congress can’t earmark, so vital water resources projects that communities need can’t be asked for by Congress. Instead, a state must petition the Assistant Secretary’s office for authorization. Even if authorized, it then needs to be funded, and Congress can’t ask for that either. This ends up as one big water resources stalemate where no new infrastructure projects will be started and none are asked for. The Corps will continue to maintain its infrastructure and that will be that. Coastal resilience is, at best, a side effect of Corps projects, not the primary focus it should be. Hopefully that shift can occur with a more climate-centric Congress. What the Corps is getting better at is stakeholder engagement and outreach. BUT…

In the Corps’ defense, funding for shore protection is at its highest ever at $175,393,000. This is due to New Jersey’s coastal program taking the lion’s share of construction funds, amounting to roughly $50 million. Without that plus-up, that figure is right back where it was last year. Below is our trend that tracks shore protection funding from 1996 to present (or click here for full size).

Here is a bonus: An Introduction to FEMA Coastal Floodplain Mapping.